Configure Flask dev server to be visible across the network

I’m not sure if this is Flask specific, but when I run an app in dev mode (http://localhost:5000), I cannot access it from other machines on the network (with http://[dev-host-ip]:5000). With Rails in dev mode, for example, it works fine. I couldn’t find any docs regarding the Flask dev server configuration. Any idea what should be configured to enable this?

The --host option to flask run, or the host parameter to app.run(), controls what address the development server listens to. By default it runs on localhost, change it to flask run --host=0.0.0.0 (or app.run(host="0.0.0.0")) to run on all your machine’s IP addresses.

0.0.0.0 is a special value that you can’t use in the browser directly, you’ll need to navigate to the actual IP address of the machine on the network. You may also need to adjust your firewall to allow external access to the port.

The Flask quickstart docs explain this in the "Externally Visible Server" section:

If you run the server you will notice that the server is only
accessible from your own computer, not from any other in the network.
This is the default because in debugging mode a user of the
application can execute arbitrary Python code on your computer.

If you have the debugger disabled or trust the users on your network,
you can make the server publicly available simply by adding
--host=0.0.0.0 to the command line:

This tells your operating system to listen on all public IPs.

If your cool app has it’s configuration loaded from an external file, like in the following example, then don’t forget to update the corresponding config file with HOST=”0.0.0.0″

If you use the flask executable to start your server, use flask run --host=0.0.0.0 to change the default from 127.0.0.1 and open it up to non-local connections.

If you run the server you will notice that the server is only
accessible from your own computer, not from any other in the network.
This is the default because in debugging mode a user of the
application can execute arbitrary Python code on your computer.

If you have the debugger disabled or trust the users on your network,
you can make the server publicly available simply by adding
--host=0.0.0.0 to the command line:

This tells your operating system to listen on all public IPs.

If you get OSError: [WinError 10013] An attempt was made to access a socket in a way forbidden by its access permissions on Windows, you either don’t have permission to use the port, or something else is using it which you can find with netstat -na|findstr 5000.

I had the same problem, I use PyCharm as an editor and when I created the project, PyCharm created a Flask Server. What I did was create a server with Python in the following way; 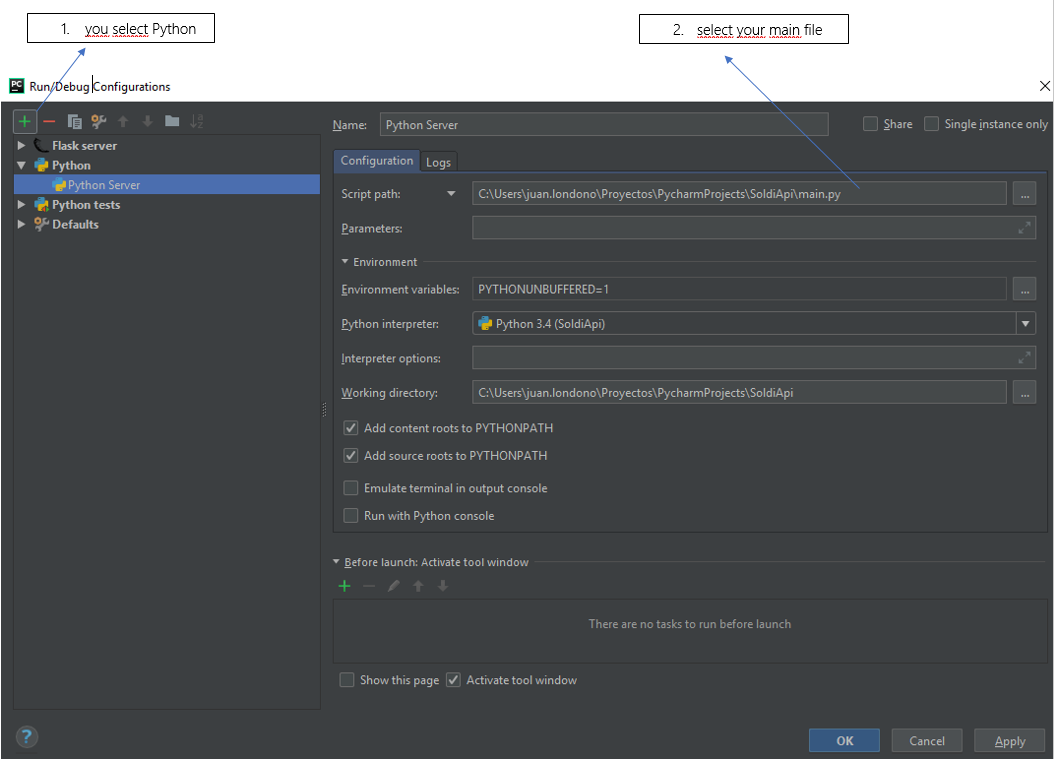 I hope it helps you

Check whether the particular port is open on the server to serve the client or not?

in Ubuntu or Linux distro

This answer is not solely related with flask, but should be applicable for all cannot connect service from another host issue.

Today I run my flask app as usual, but I noticed it cannot connect from other server. Then I run netstat -ano | grep <port>, and the local address is :: or 0.0.0.0 (I tried both, and I know 127.0.0.1 only allows connection from the local host). Then I used telnet host port, the result is like connect to .... This is very odd. Then I thought I would better check it with tcpdump -i any port <port> -w w.pcap. And I noticed it is all like this:

Then by checking iptables --list OUTPUT section, I could see several rules:

these rules forbid output tcp vital packets in handshaking. By deleting them, the problem is gone.

I personally battled a lot to get my app accessible to other devices(laptops and mobile phones) through a local-server. I tried the 0.0.0.0 method, but no luck. Then I tried changing the port, but it just didn’t work. So, after trying a bunch of different combinations, I arrived to this one, and it solved my problem of deploying my app on a local server.

Please note: The above step is to be performed on the machine you are serving the app on, and on not the machine on which you are accessing it. Also note, that the IPv4 address might change if you disconnect and reconnect to the network.

On my mobile device 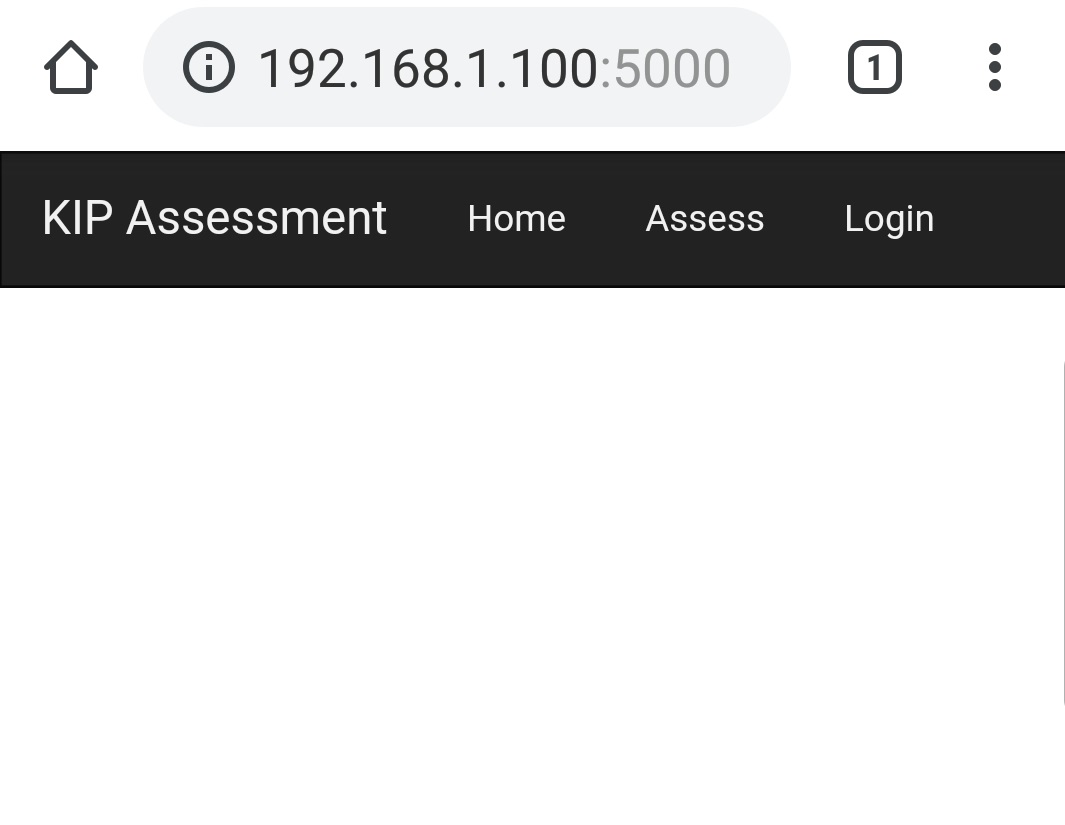 If you are performing this procedure on Windows and using Power Shell as the CLI, and you still aren’t able to access the website, try a CTRL + C command in the shell that’s running the app. Power Shell gets frozen up sometimes and it needs a pinch to revive. Doing this might even terminate the server, but it sometimes does the trick.

That’s it. Give a thumbs up if you found this helpful.

I have created a short Powershell script that will get you your IP address whenever you need one:

Save it to a file with .ps1 extension (for PowerShell), and run it on before starting your app. You can save it in your project folder and run it as:

Note: I saved the above shellcode in getIP.ps1.

Go to your project path on CMD(command Prompt) and execute the following command:-

you will get following o/p on CMD:-

Now you can access your flask app on another machine using http://[yourIP]:8080/ url

If you’re having troubles accessing your Flask server, deployed using PyCharm, take the following into account:

Instead, you should configure the Flask server using Run Configurations, in particular, placing --host 0.0.0.0 --port 5000 into Additional options field. 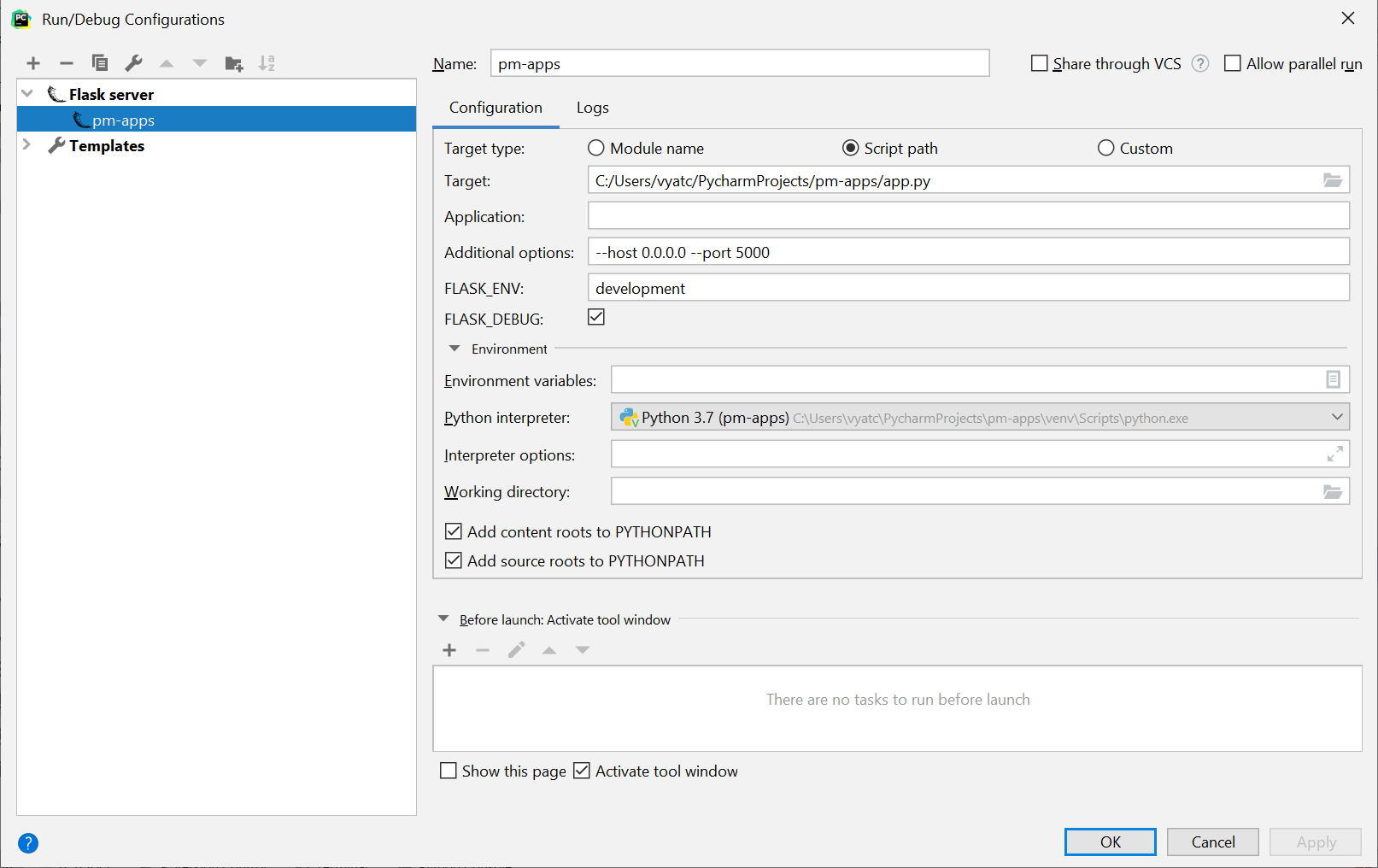 For me i followed the above answer and modified it a bit:

You can also set the host (to expose it on a network facing IP address) and port via environment variables.

See How to get all available Command Options to set environment variables?

The parameters in this file are typically:

If you have a virtual environment, activate it and do a pip install python-dotenv .

This package is going to use the .flaskenv file, and declarations inside it will be automatically imported across terminal sessions.

Then you can do flask run

If none of the above solutions are working, try manually adding "http://" to the beginning of the url.

Chrome can distinguish "[ip-address]:5000" from a search query. But sometimes that works for a while, and then stops connecting, seemingly without me changing anything. My hypothesis is that the browser might sometimes automatically prepend https:// (which it shouldn’t, but this fixed it in my case).

This finally worked for me.

Then place this at the end of your python app.py or main file.

In case you need to test your app from an external network.
Simply serve it to the whole Internet with tools like ngrok.com
It will deploy it like a dev server but in no time and locally, saved me a lot of time, and no, I’m not related to that company 🙂