What do you think should be the output of the code given below?

Did you expect the output to be 50 or 100 ??. We will answer all the questions by learning the LEGB rule that Python follows for deciding the scope of a variable.

Variables declared within a function ( def or lambda ) that are local ( in terms of scope ) to that function .So in the code given below , x is locally defined for the local() function and hence its scope is limited within the function only.

If Python cannot find a specific variable declaration in the whole code then it starts to look in the built-in modules. So when you are using functions like range , len … well Python goes looking in the built-in modules to find their definition. The infographic below explains the chain that python follows to work with variables. 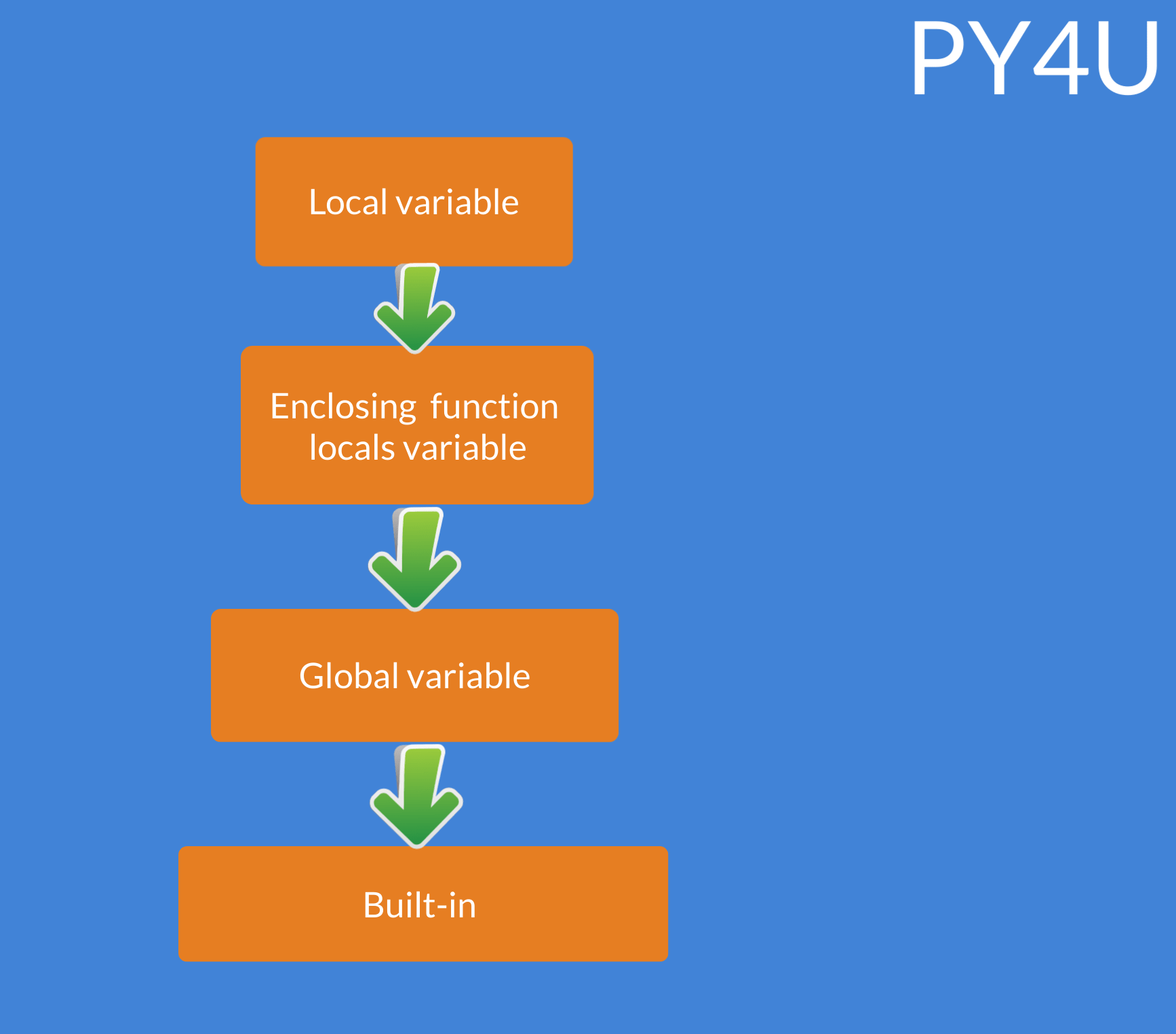 The variable x that is defined within the scope() function is local to that function and so therefore it has no impact on the globally declared x variable and so that is why we get 100 as our output and not 50.