Most of code bases that you might have come across have some sort of error in them. Often the error messages are also not clear to fix it . This is where Exceptional handling is required.

Till now we have seen that if Python see’s an error in the code then it stops executing the code after the point of error , However , Exceptional handling also allows users to continue running the script even after getting an error.

An error is handled using a try and except block. Often an else statement is also added to the block. The flow of logic through this block is explained below. 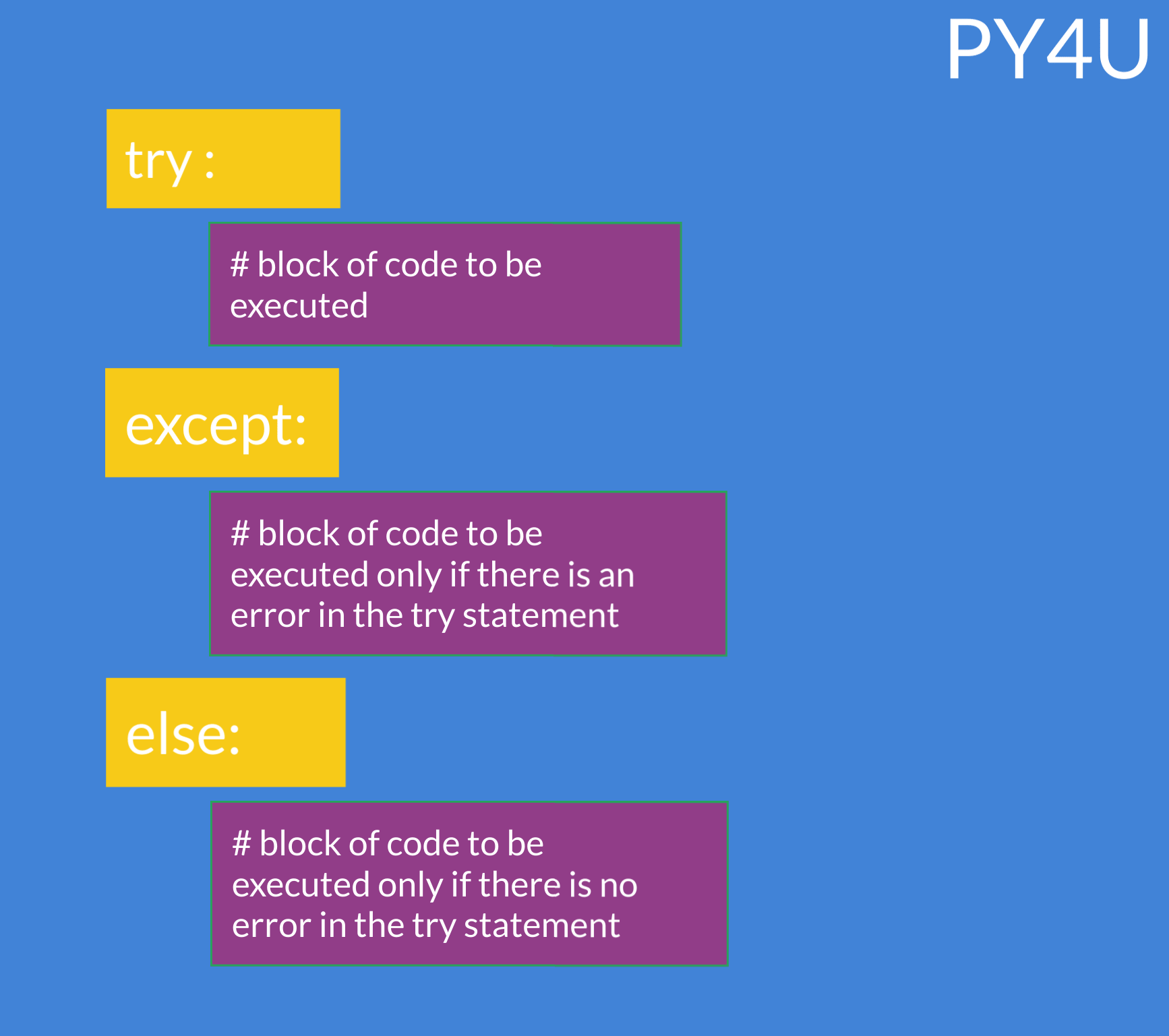 In the the code below , i have a function that returns the sum of two numbers but if there is some sort of type error ( like giving a number in form of a string ) then it should also return the message ‘ hey! try giving numbers to the function instead of string ‘.

Let us see an example using the else statement. In the code given below , i have a function that checks for an integer and as soon as it gets an integer it prints the number and breaks from the function. Note that the function keeps on taking input as long as it does not get an integer.

The keyword ‘finally’ can also be added to the try and except block and the block of code within ‘finally’ statement gets executed all the times . It does not depend upon the try statement.

Let us understand this with help of an example.

The table below lists some of the very important and frequently occured exceptions in python along with the condition in which they might occur.

Let us go ahead and handle some common exceptions. In the code below , we will be handling IndexError.

In the above code , we only had one error type and therefore there was no need to handle error ‘specifically’. However , when there are multiple error types in a code and we want to handle different errors differently then we have to handle them separately using multiple except blocks. In the example below , we will be handling TypeError and ZeroDivisionError .