Ok what im trying to do is a kind of audio processing software that can detect a prevalent frequency an if the frequency is played for long enough (few ms) i know i got a positive match. i know i would need to use FFT or something simiral but in this field of math i suck, i did search the internet but didn not find a code that could do only this.

the goal im trying to accieve is to make myself a custom protocol to send data trough sound, need very low bitrate per sec (5-10bps) but im also very limited on the transmiting end so the recieving software will need to be able custom (cant use an actual hardware/software modem) also i want this to be software only (no additional hardware except soundcard)

thanks alot for the help.

While I haven’t tried audio processing with Python before, perhaps you could build something based on SciPy (or its subproject NumPy), a framework for efficient scientific/engineering numerical computation? You might start by looking at scipy.fftpack for your FFT.

The aubio libraries have been wrapped with SWIG and can thus be used by Python. Among their many features include several methods for pitch detection/estimation including the YIN algorithm and some harmonic comb algorithms.

However, if you want something simpler, I wrote some code for pitch estimation some time ago and you can take it or leave it. It won’t be as accurate as using the algorithms in aubio, but it might be good enough for your needs. I basically just took the FFT of the data times a window (a Blackman window in this case), squared the FFT values, found the bin that had the highest value, and used a quadratic interpolation around the peak using the log of the max value and its two neighboring values to find the fundamental frequency. The quadratic interpolation I took from some paper that I found.

It works fairly well on test tones, but it will not be as robust or as accurate as the other methods mentioned above. The accuracy can be increased by increasing the chunk size (or reduced by decreasing it). The chunk size should be a multiple of 2 to make full use of the FFT. Also, I am only determining the fundamental pitch for each chunk with no overlap. I used PyAudio to play the sound through while writing out the estimated pitch.

If you’re going to use FSK (frequency shift keying) for encoding data, you’re probably better off using the Goertzel algorithm so you can check just the frequencies you want, instead of a full DFT/FFT. 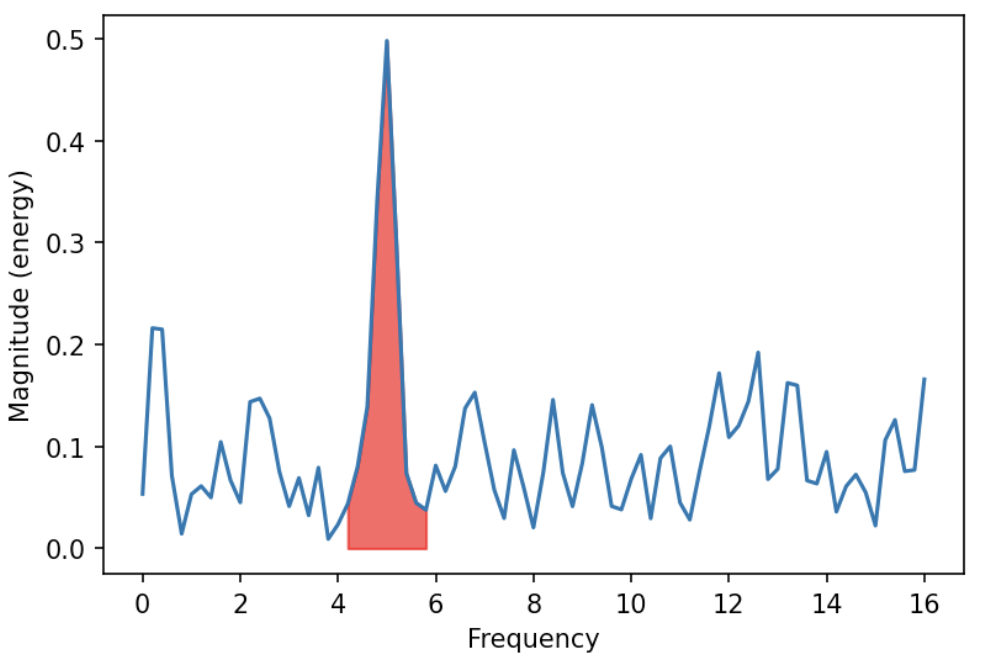