What do square brackets mean in pip install?

What do these square brackets do?

The syntax that you are using is:

The command pip install splinter django would install two packages named splinter and django. splinter[django], on the other hand, installs a variant of the splinter package which contains support for django. Note that it has nothing to do with the django package itself, but is just a string defined by the splinter package for a particular feature set that gets enabled.

Pretty sure these are setuptools extras:

Sometimes a project has “recommended” dependencies, that are not required for all uses of the project. For example, a project might offer optional PDF output if ReportLab is installed, and reStructuredText support if docutils is installed. These optional features are called “extras” …

This is exactly the list from the setup.py file for the project in question:

Just in case another developer comes along looking to implement this pattern in their own Python package deployment, here’s further explanation of the brackets [] in pip.

To install airflow from pip we use this command:

You can install optional components of airflow with:

When we search pypi for apache-airflow note that the optional packages do not show up:

You can see how this was accomplished in the setup.py script
On the left in setup.py – extras_require is defined.
On the right are the correlated installation commands for these optional sub-packages. 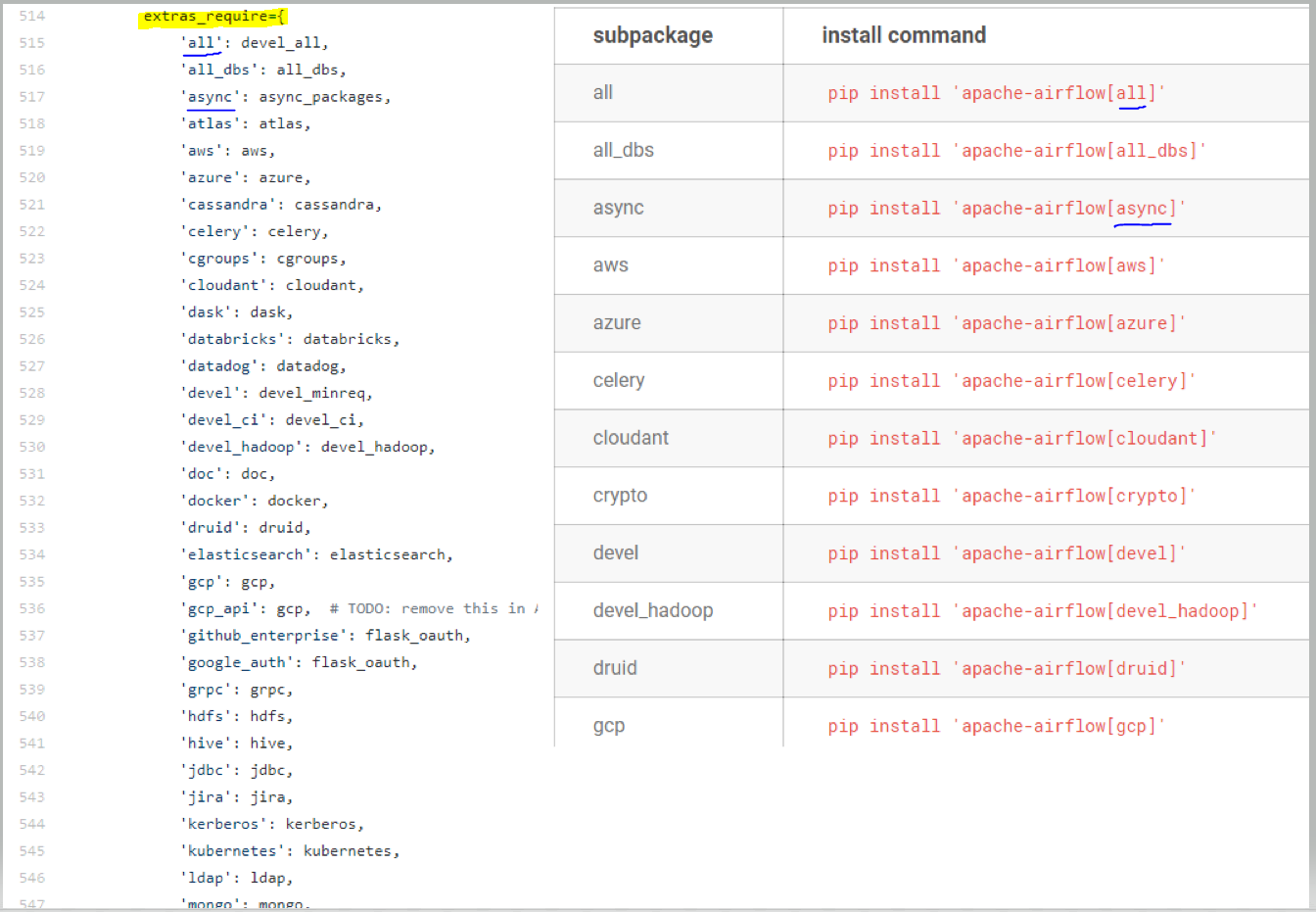 Maybe worthwhile to know that this optional package syntax admits multiple extras (separated by comma within the brackets) as in:

As per the pip manual

The square bracket contains the ‘extra’ option’s information defined in setup.py that pip will use to install additional dependencies.

Both pip install will result in the following packages given a clean virtual enviroment. 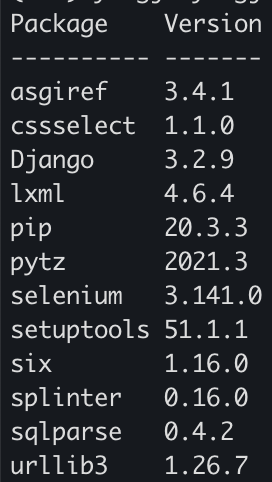 The reason why the two pip install commands achieve same is because this is literally what has been run in the background based on the setup.py of the splinter package 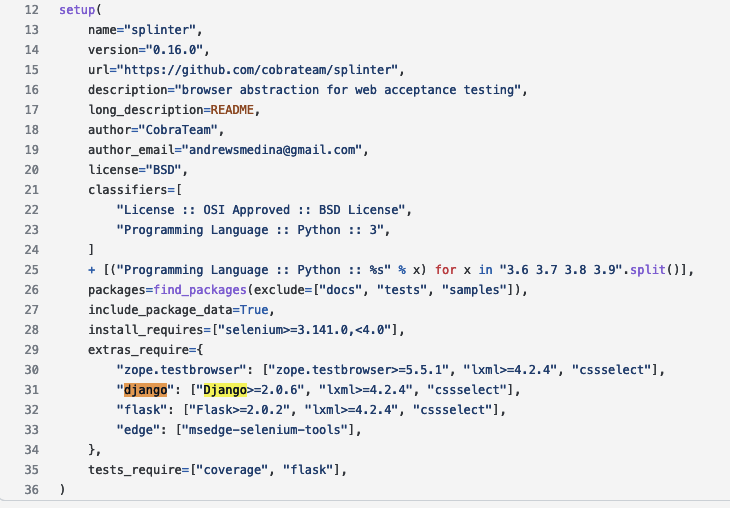