How to find the attribute and element id by selenium.webdriver?

I am learning web scrapping since I need it for my work. I wrote the following code:

However, it is showing the following error: 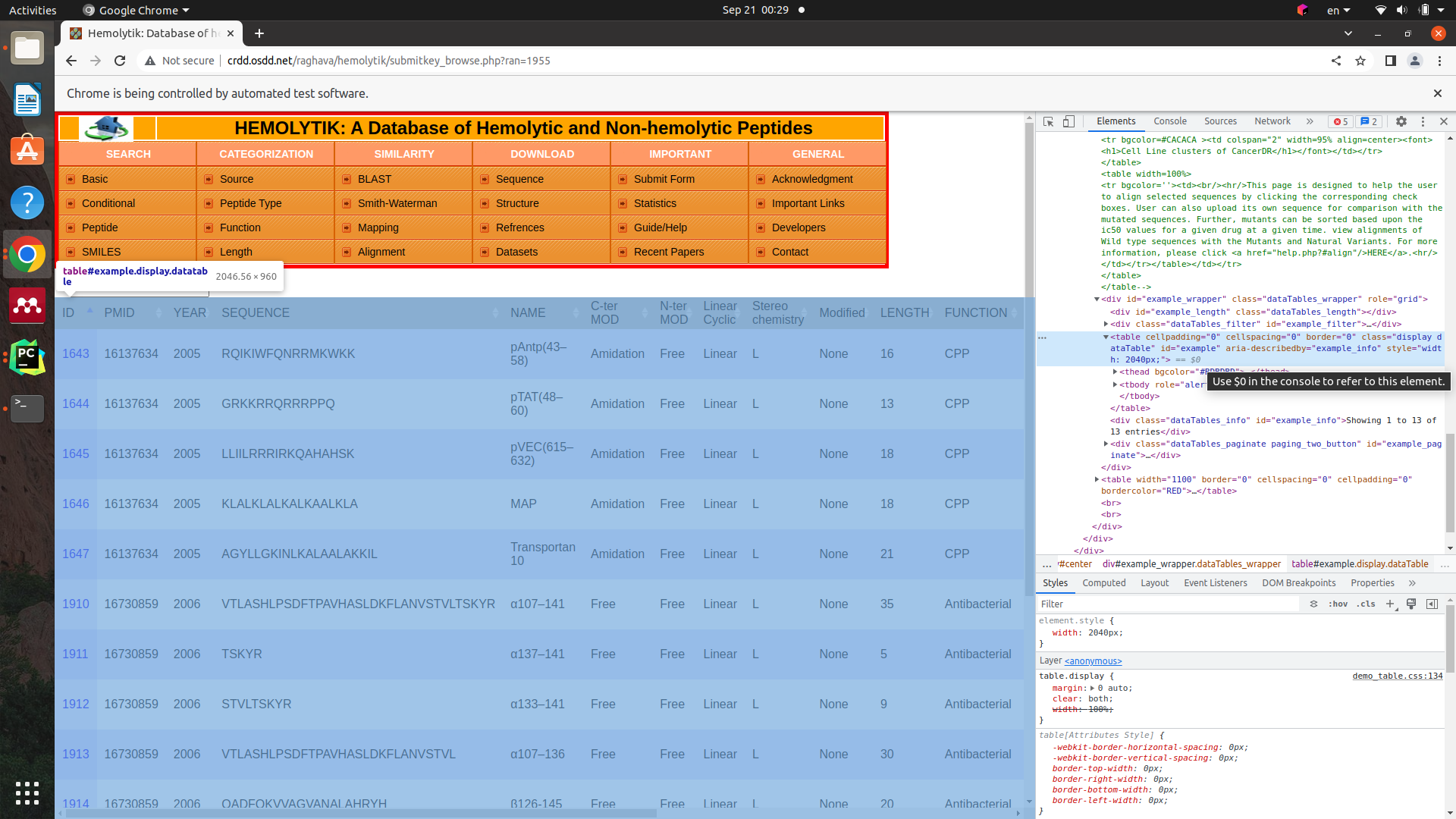 what is the attribute that needs to be included in get_attribute() function in the following line?

what I should write in the driver.find_element_by_id?

EDITED:
Some tables have lots of records in multi-pages.
For example, this page has 2,246 entries, which shows 100 entries on each page. Once I tried to web-scrape it, there were only 320 entries in df and the record ID is from 1232-1713, which means it took entries from the next few pages and it is not starting from the first page to the end at the last page.

What we can do in such cases?

If you want to select table by @id you need

If you want to extract @id value you need

Since there is not much sense in searching by @id to extract that exact @id you might use other attribute of table node:

I personally suggest you to use explicit waits instead of implicit ones.
Anyway it’s not clear what you’re trying to do and what you’re looking for. So I will just stick to the question and show you how I would find an element ID:

By the way I suggest you to read the documentation that explains in detail how to locate items.

You need to get the outerHTML property of the table first, then call the table element from pandas.

You need to wait for element to be visible. Use explicit wait like WebdriverWait()